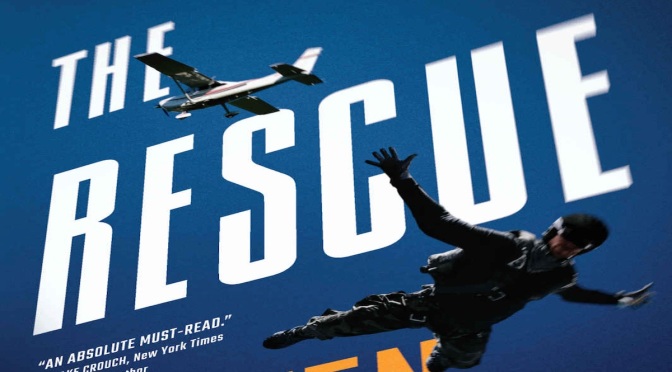 Steven Konkoly is a Naval veteran. He attended the US Naval Academy and served eight years on active duty. He earned his degree in English literature. He is a Wall Street Journal, Washington Post and USA Today bestselling author. His chosen genre for his work is thrillers.

The Rescue is the first book in a trilogy. It is about a former CIA operative, Ryan Decker, that now runs an international mercenary force specializing in kidnap rescues. On this particular mission things go incredibly wrong. Ryan finds himself being incarcerated and in constant danger of being assassinated. Everyone he knows and their families, have been murdered in the most vicious of manners. His own wife and son are dead, and his daughter refuses to acknowledge his existence. He is all alone.

Somehow, he gets released from prison early and this is where the book really takes off. With the help of a private investigator, Harlow Mackenzie, he tries to unravel what happened years ago. Harlow just happens to be a girl his organization saved from the Russian Mafia’s child trafficking ring years ago; she never forgot the man who saved her. Chased by the Russian Mafia and another Mercenary group, they struggle to survive and uncover who masterminded his downfall.

Full of political backstabbing, cruel Mafia murder, another US spy firm maneuvering for military dominance and human trafficking; The Rescue has everything a thriller needs to be successful. Steven Konkoly has crafted a masterful thriller which will keep the reader engaged from beginning to end.

I must admit that when I started reading this book; I was not that impressed. However, after only the first chapter, I could not put it down. Steven’s writing reminds me a lot of Tom Clancy. The mystery, intrigue and thrills are non-stop. The battle between not-so-good and evil is full of twists and turns, thrill and suspense.

If you like a good spy thriller, then this is definitely a book for you.

OTHER BOOKS BY THIS AUTHOR

This site uses Akismet to reduce spam. Learn how your comment data is processed.

Some of Our Community Thank You

Audio & Book Reviews Site. Why watch when you can read?